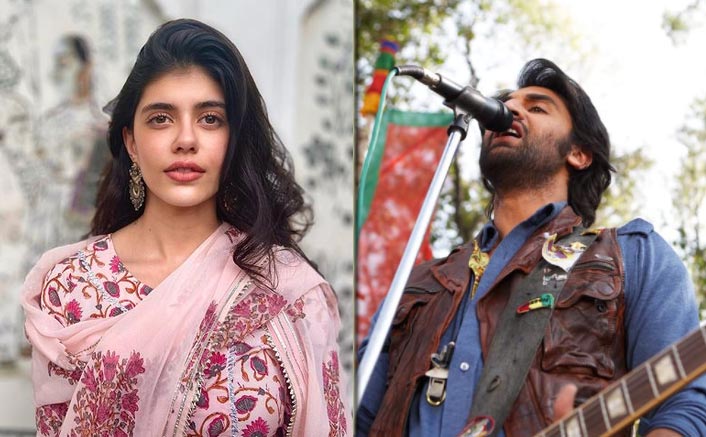 Sanjana Sanghi made a huge impression in the industry with her debut as a lead actress in Dil Bechara. The film which had her opposite Late Sushant Singh Rajput released directly on Disney + Hotstar and became one of the most-watched films this year.

In fact, Sanjana Sanghi was recently announced as IMDb’s breakout star of the year. But 9 years before the release of Dil Bechara, the actress was seen in Imtiaz Ali’s cult classic Rockstar. The film starring Ranbir Kapoor & Nargis Fakhri in lead had Sanjana playing the character of Heer’s younger sister Mandy. Her role was well appreciated and was an integral part of the film.

Sanjana who was just 14 at that time was in 9th standard recently recalled working with Imtiaz. During an interaction with Hindustan Times, the actress said, “I have had to do all sorts of things like have my practice papers couriered to me while I was shooting in Kashmir, completed them, and couriered them back to my teachers because I was shooting for Rockstar just before my ninth grade final exams,”

She also opened up about how it was difficult for her initially and that she made peace with it later. “I would work part-time at different organisations every summer and winter break through college, miss most college fests because I would be shooting, not be able to make it to important friends’ and family’s celebrations. It would irk me initially, but then I learned to make my peace with it,”

Meanwhile, Sanjana Sanghi will be next seen in Om starring Aditya Roy Kapur in the title role. The actress recently started working on the film.

Sanjana posted a picture on Instagram stories, with her back towards the camera. In the image, she is seen sitting in front of a dressing table and she seems to be getting her hair and make-up done.

Sanjana, who appeared opposite the late Bollywood star Sushant Singh Rajput in Dil Bechara, wrote: “And we go on and on… Our endless love for films. #OmTheBattleWithin.”

The action-thriller is directed by debutant Kapil Verma and co-produced by Ahmed Khan, who previously helmed Baaghi 3.

The film will be shot in three cities across India and in one international location. The makers hope to complete shooting of the film by March next year.

Must Read: Rakul Preet Singh Shares Her Mantra For A Stable Life & We Cannot Agree More!