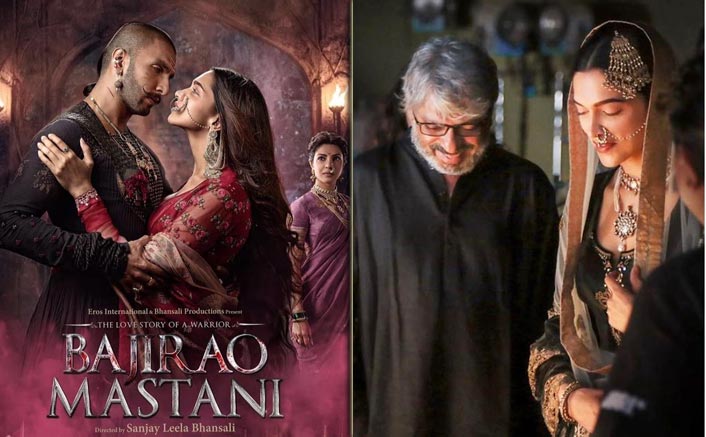 Over the last weekend, it was 5 years to the day when Deepika Padukone stunned the audience with her phenomenal portrayal of Mastani in Sanjay Leela Bhansali’s Bajirao Mastani.

To celebrate the same with her director, to spend time and reminisce the good old days with him, Deepika Padukone dropped by on the sets on SLB’s next film, Gangubai Kathiawadi, at Film City.

A source close to the production revealed, “Deepika was there on set for a good 3-4 hours. SLB and she spent a lot of quality time together, discussed about the special bond they share and their common interests.”

The source further shares, “They even enjoyed a South Indian meal together and reminisced about shooting of the film together.”

Deepika and Sanjay Leela Bhansali have done 3 films together, all of which have been hugely appreciated. They have always spoken about their fondness for each other and this surprise by the actress made her director super happy.

Bollywood actress Deepika Padukone had a laugh on herself on social media, sharing a hilarious SpongeBob meme that features her.

Deepika posted the meme on her Instagram Stories. In the meme, there is a comparison drawn between Squidward, a popular character from the show “SpongeBob”, and a picture of her dressed in an all-black ensemble.

On the image featuring the cartoon character is written “Sqidward” and on the actress’s picture is mentioned “Squidward Pro Max”. Above all, Deepika put a GIF that read: “OK”.

Recently, Deepika Padukone also featured at Athens International Airport, in an exhibition of The Authentic Smiles of People of the World.

The Authentic Smiles Campaign was put together when the Athens International Airport resumed welcoming guests after a break due to Covid-19.

Her fans in Athens can see the grey marble bust sculpture of the heroine. It is draped in a saree and is embellished with a choker necklace and a small bindi. The text reads: “Indian Bollywood Actress smiles at Athens International Airport. Grey Marble, 2020 A.D.”

Must Read: Atrangi Re: Sara Ali Khan Enjoys A Cup Of Chai With Aanand L Rai On The Sets, Check Out